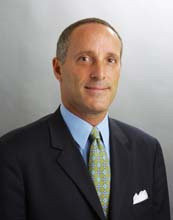 Richard Steinberg, an executive managing director at Warburg, is overseeing sales at the 142-unit condominium, according to Andres Hogg, U.S. general manager of Espais Promocions Immobiliáries, the building’s developer.

The on-site brokers, formerly CBHK agents, will now be employed by Warburg and Steinberg will lead the team.

“We made a decision to keep the sales staff we had in-house, but to bring in a person like Richard to manage the people who are doing our sales,” Hogg said.

Twenty9th Park Madison is located at 39 East 29th Street between Park and Madison avenues. Roughly 100 of its 142 units have gone into contract since sales started in September of 2007, according to Hogg.

In the final weeks of CBHK’s existence, the bulk of agents there were encouraged to move to the Corcoran Group, and to take their listings with them. Others were slated to go to Sotheby’s International Realty.

Hogg said he received word a month ago that CBHK would close, and was told that some agents would go to Corcoran and others to Sotheby’s, but “we never had any formal proposal from them,” he said. Corcoran declined to comment on Warburg’s takeover of sales at the building.

Since then, Hogg said, Espais had time to “discuss some ideas with other firms.”

The developer chose Warburg, in part, because it’s “not one of the huge companies,” he said, and may be able to focus more attention on the project than would a larger firm.

“I can have good face-to-face interaction with the people who make the decisions in the company,” he said.

Steve Goldschmidt, a senior vice president at Warburg Marketing Group, agreed. “We have a very intimate management format,” he said. “There’s going to be a lot of attention paid to the property.”

He added that the transition is a little unusual because the development changed sales teams because of CBHK’s demise, not because of poor sales.

“As opposed to Barack Obama, this is not about change,” Goldschmidt said.

Because the project, designed by H. Thomas O’Hara Architects, is already selling well, Warburg isn’t planning a major overhaul of the building’s marketing strategy, he said.

“We wanted to assure the developer that we’re not coming in like bulls in a china shop to disrupt an already successful project,” he said.

The remaining units range in price from $600,000 for studios to $4 million for higher-floor units, he said.

“We understand that things are not what they were last year,” Hogg said. “We are working around it.”

5.24.21
5 NYC apartments for sale near prime subway hubs, if WFH is ending for you
BrickUnderground
5.24.21
Price Cuts: Reduced NYC listings include top-floor Soho loft reduced by $1M
CityRealty
5.24.21
Design Choices That Make Your Home Look Cheap
U.S. News & World Report
5.22.21
The Co-op Board Letter: Do I Have To?
The New York Times
5.21.21
5 Reasons a Home Might Fall Out of Contract — and How You Could Swoop in to Get It
Apartment Therapy