You have no doubt passed Rockefeller Center’s skating rink and the bronze statue of Prometheus while shopping among the luxury stores of Fifth Avenue, but have you actually shopping within Rockefeller Center itself? The complex has more than 50 shops. Some of them are national brands—Ann Taylor, Brooks Brothers, J. Crew—but others are relatively hidden surprises. Below are some of our favorites.

For Anne Fontaine—both the designer and the womenswear brand—the ideal white shirt is the basis of an eternally timeless wardrobe. White shirts remain the cornerstone of the business, but the company has branched out to offer not only skirts and pants to where with the shirts but dresses, coats, handbags, shoes, and jewelry as well. The company is based in Honfleur, France, and the Gallic emphasis on cut and quality materials over novelty details is beautifully apparent. 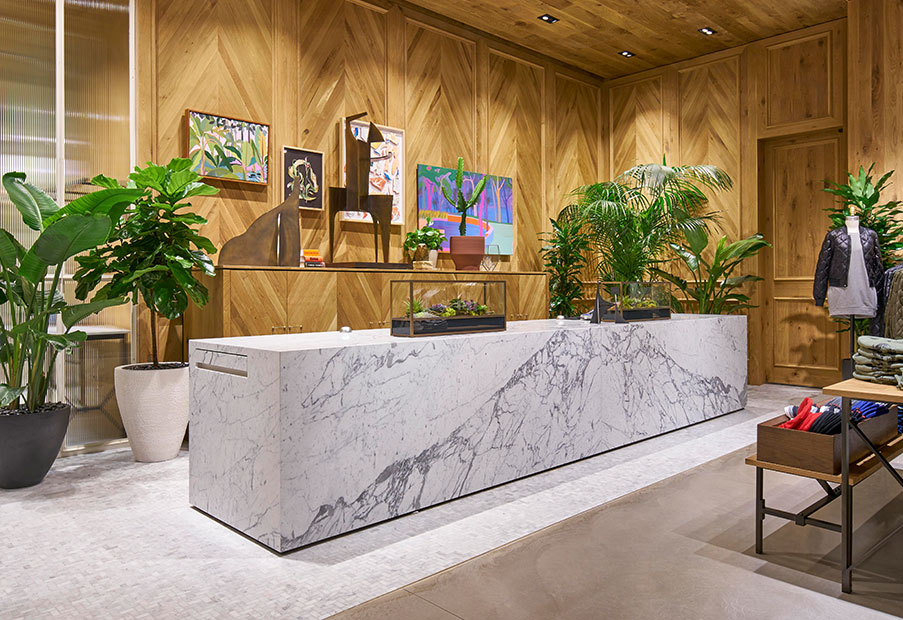 The two-story Rockefeller Center branch of this Canadian women’s apparel retailer is worth a visit for its mushroom sculptures alone: Hand-carved of cherrywood, they stand as high as 30 feet. Of course, there is the clothing too, which spans from activewear to cocktail dresses, cashmere cardigans to puffer jackets. (As you would expect from a Canadian company, its parkas are especially toasty and durable.) Along with Aritzia’s house labels, the store sells brands including Adidas, Citizens of Humanity, and Levi’s Premium.

Despite the Anglo-Saxon moniker and the fact that many of its styles are named after British towns, this watchmaker is actually a Swedish company. What’s more, despite the classic styling of the watches—large round faces, minimalist straps—the brand was founded in 2011. The company sells a small selection of equally minimalist, equally classic rings and bracelets as well, which like its watches are suitable for men and women.

This jewelry store has been in Rockefeller Center since it opened in 1978, although its original shop was much smaller; it did not move to its current, more glamorous shop until 2000. Along with designing fine jewelry, Louis Martin sources and sells estate jewelry; recent selections included a double-strand Akoya pearl necklace with a detachable platinum brooch studded with six carats of diamonds and an 18-karat gold Victorian pendant embellished with diamonds and elaborate carvings. 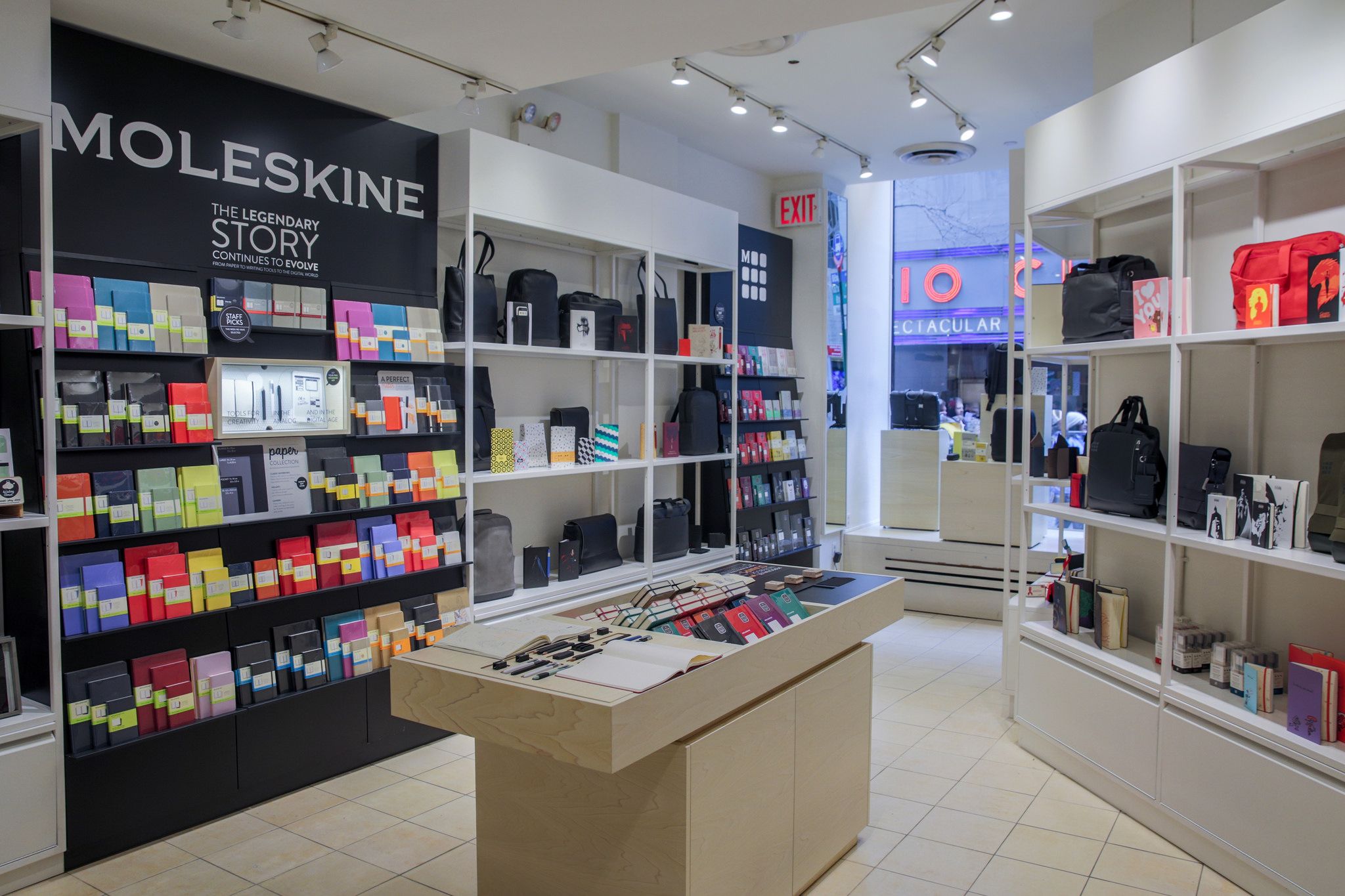 For anyone who prefers writing to typing and believes that one can never have enough notebooks, the Moleskine store is a must-stop. You can shop an exhaustive selection of planners, journals, and notebooks, including limited editions with fabric covers or themed imagery; the David Bowie notebook, for instance, features endpapers with artwork from his final album and lyrics on the cover. Since a notepad is not much good without pens or pencils, the store sells those too, along with travel accessories—even for digital devices.

Over more than eight decades Morrell has earned a reputation for its wine and liquor assortment as well as for its knowledgable staff. People will go out of their way to purchase their spirits and varietals here. And if your liquor cabinet is fully stocked, you  can visit the wine bar and café, where you can savor 75 wines by the glass, indoors or (weather permitting) outside, accompanied by charcuterie, oysters, salads, pork-belly cassoulet, tuna tartare, and other choice eats. 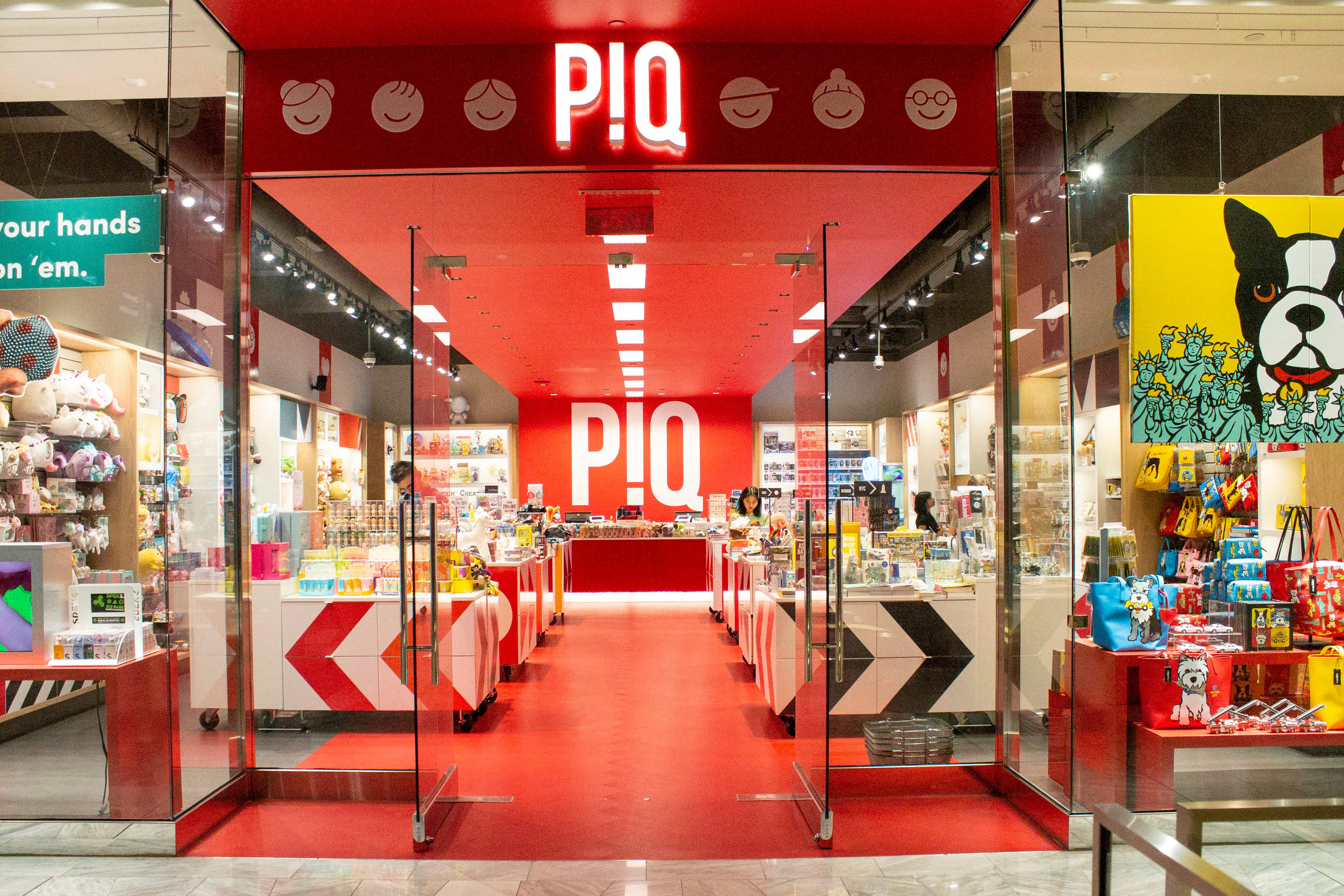 Looking for a Pusheen backpack? Funko figurines of every Marvel Avenger? Wonder Woman baby bibs? A picture book titled “New York City Monsters”? A lunch box designed to look like a food truck? A smiling piece of sushi rendered in plush? If it is cute, a piece of pop culture, and maybe a bit silly, you are apt to find it here. Also in Rockefeller Center, at the concourse level of 30 Rock, is P!Q Too, a smaller shop with an emphasis on kawaii, the Japanese culture of cute (Hello Kitty is the standard bearer).

A chain of just five shops, Posman sells a solid selection of books—not only best-sellers but also midlist titles, cookbooks, kids’ books, and coffee table books. Like nearly every other bookstore nowadays, it sells gift items too, from tote bags to plush animals to jigsaw puzzles. With its breadth of merchandise and well-informed staff, this is a shop you can linger in for hours and emerge from with a year’s worth of reading material and gifts.

Having begun as a maker of watches and pocket knives—including the famed multipurpose tool designed for the Swiss Army—today Victorinox also makes travel gear, kitchen tools, and even fragrances. In its Rockefeller Center shop you can choose from more types of pocket tools than you probably thought existed, including the GolfTool (which includes a ball marker, a tee punch, and a groove cleaner) and the S54 Evolution, whose 32 tools include a compass, a fish scaler, a wire-cutter, two saws, and three screwdrivers.